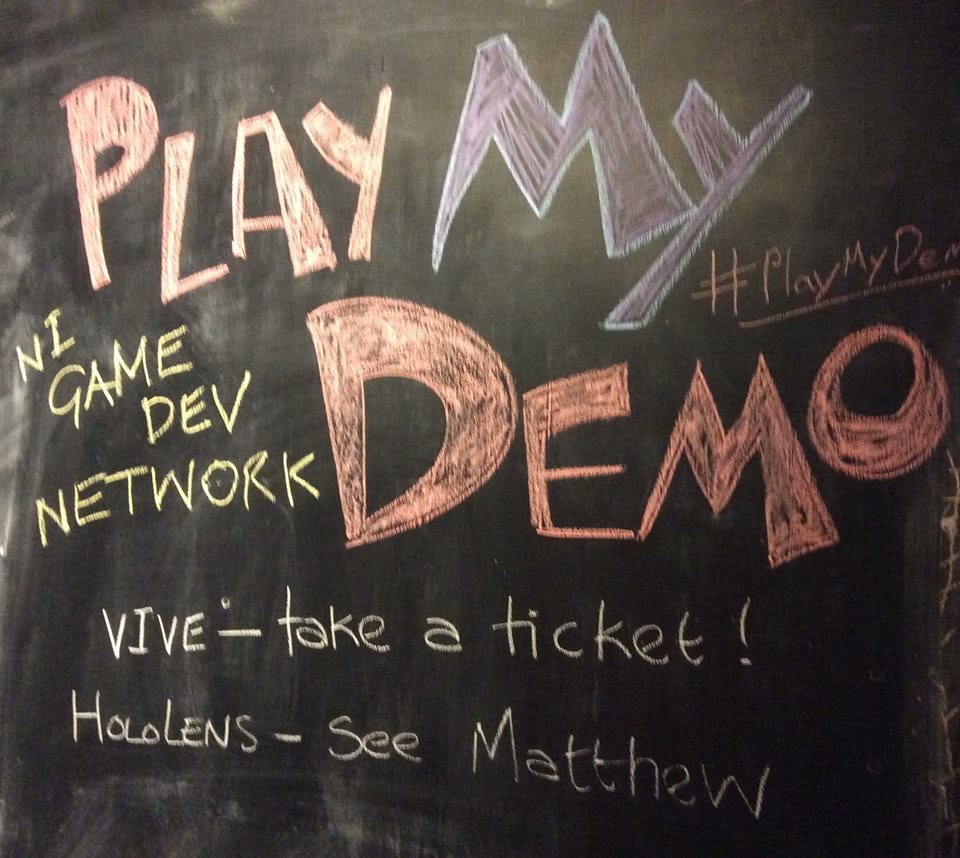 As our first foray into the local Northern Ireland game dev network as Whitepot Studios, we attended the awesome PlayMyDemo event hosted at Belfast hackerspace and charity Farset Labs.

This was an event specifically designed for getting feedback on your most recent game demos and prototypes, with pizza too? (pizza and blog header image provided by the lovely Angie – check out her tea!).

We have completed the basic functionality of our Tube game and wanted to get some feedback on this – it still looks very stripped back, with no UI or custom assets in, but we just wanted feedback on the gameplay only. So, we loaded up two android devices (a phone and tablet) with test build APKs, and off we went!

When there, it was great to meet other studios and devs there including Italic Pig, Outsider Games, Lad McCool games, Mere Monkey, and our old friends at Pandara’s Box and Shallow Sky Studios.

I’m not sure how, but this was less scary than watching people live stream our Ludum Dare game, maybe it was because we were watching them play it in person?!

He couldn't put it down, so that's a good sign ? #PlayMyDemo pic.twitter.com/JTrIoNslQt

Once people became familiar with the controls, they wanted ‘one more go’, three or four times in some cases. ?

Currently, you use your thumb or finger to move left and right to dodge obstacles, and double-tap to jump (with a cool down) to jump over obstacles. We got some great feedback, mostly regarding controls (some expected, some less expected).

There’s a good lot more that we were able to add to our trello, so until next time, we’ll be working on making the jump better, adding additional player options, and beginning to actually make the UI and game assets ? We’re looking forward to the next one!

There was a Vive at the event, and a HoloLens (from @ImmersiveTechNI)! Here’s Adam shooting arrows. 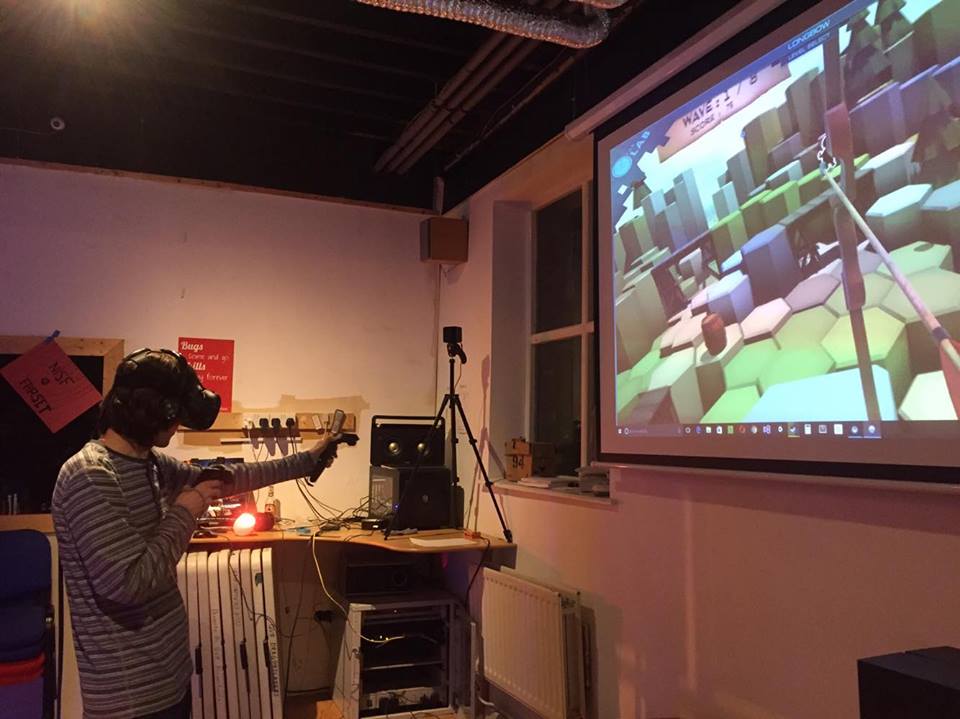 Adam with the Vive