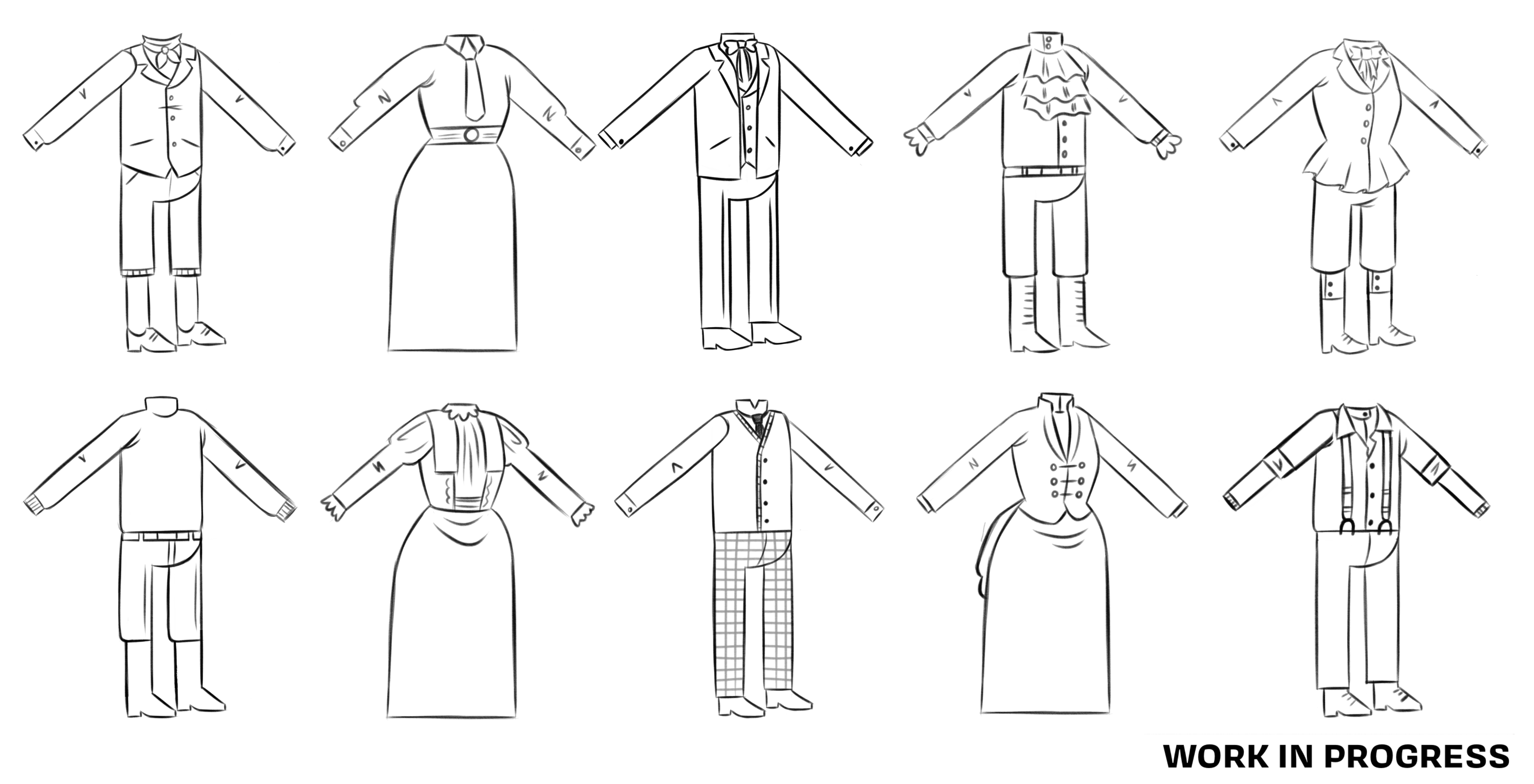 Hope everyone is doing well, and looking forward to the end of this miserable weather we’ve been having as of late – unless you love the bad weather, which is entirely valid. February was a quiet enough month here at Whitepot Studios, some of us have been off with illnesses and injuries but we’re back on track and ready for the month of March.

“The Best Company In The World”

One really sweet thing of note: last month we received a letter from a primary school pupil in County Tyrone. His class was tasked with sending letters to “the coolest companies in the world”, so when we received our letter it was no surprise to us (aha, ha). In all seriousness, it was a really sweet letter to receive and nice to see that someone thinks we’re cool (even if you don’t).

We sent a letter back with some goodies inside like stickers, a little sketch of the pupil playing for Man Utd (difficult for our programmer Robbie as he loves Chelsea, but he got over it), and a cut-out of Whitepot’s mascot queen Sugar.

This month we take a quick look at what character customisation you can expect in Murder at Malone Manor.

This month we take a quick look at what character customisation you can expect in Murder at Malone Manor.

Since the beginning of development on MaMM, one of our goals has always been to give players a wide variety of choices for customising their characters. Here are just some of them.

It is important to us as a studio that players are able to express themselves as comfortably as possible, with no gender-biased restrictions. You can choose to wear suits, dresses, or other full-body outfits which you can swap between at any time. Why don’t you mix ‘n’ match tops and bottoms to create an outfit to die for… ? (Get it? To die for? Because, in the game, Murder At Malone Manor, Baron Malone dies – like every time – so the outfits are to di-)

There will be an equal amount of dresses and suits available from the beginning, with the potential of more to be added at a later date.

Outfits are designed based on historical examples, but you can wear whatever combination you wish. For example: I might wear a classical green tweed suit with a brown wool felt bowler hat, and you might wear a purple silk dress, accompanied by a garishly yellow dinner jacket topped off by a burgundy top hat. We’re both stunning, but I must admit you may have overdressed for the occasion.

Speaking of being overdressed for the occasion, you’ll also be allowed to dress-up in less conventional dinner wear. Maybe you’ve just gotten back from a deep-sea dive and you were unable to change on the way, or you’ve recently discovered that you’ve been dead for a few thousand years? Anyway, you’re at a party at Malone Manor and you’re living your best life (obvs ignoring the fact that Baron Malone isn’t). The fun thing about the way we have the customisation set up is that it allows us to add more elaborate and wacky outfits later down the line.

We’ve had an amazing 18 months in Northern Ireland’s first games exclusive co-working space, The Pixel Mill. However, all good things must come to an end, and we complete our residency here shortly. We’ll soon be announcing our office plans for the next few months, but for now let’s just say we’ll be seeing some familiar faces!

Personally, I can’t wait for the next generation of Northern Ireland’s games studios to move in, get cosy, and stick Bargain Hunt on the big TV at lunch. The industry here has GROWN AND GROWN, and the next intake of studios into The Pixel Mill is an amazing indicator of that!

Since we’re all feeling the sentimental community spirit right now, Brendan from Brain and Nerd has brought us all together for a last hurrah with a Pixel Mill Minecraft Realms server.

If you’re old(-ish) like me, you’ll be confused when you discover that there are approximately 17 million different versions of Minecraft in 2020. Worry not – Brendan has picked a Realms server which means we can crossplay across Xbox, PC, PS4, iOS, and Android. This is of course Very Good and absolutely Not Detrimental at all to productivity.

Rocket Flair Studios is another company based in the Pixel Mill with us, currently working on an Eygptian city builder game, Dynasty of The Sands, which you can wishlist on Steam right here. We’ve managed to pry them away from Rocket League long enough to join Brendan’s realm. Without further adieu, here are the recent creations the members are very proud of:

Adam: “This month I got Xbox Game Pass so I’ve been playing a load of games. I’ve had pirating Adventures on Sea of thieves with Matt and Robbie, fought diseases in two points hospital and been in some kind of royal boy band (?) in Final Fantasy XV and that’s just the start of it. I’ve also been playing some Minecraft with a load of the people in the pixel mill (thanks to Brendan from Brain and Nerd for setting it up). So all that hasn’t really left much time watching any shows but in work I’ve been Diving further into Devin Towsened’s discography and also been listening to some Placebo again.”

Vicky: “This month I have been avoiding the end of Season 9 in Destiny 2, because I was pretty burnt out on it after finally getting my Saviour title. Instead I chose the most inhospitable place in the Pixel Mill Minecraft server (a tundra with no trees, animals, or resources) and built a house there.”

Matt: I watched Parasite, The Good Place and Lighthouse this month. I’ve been reading a lot of art books lately and this month I finally purchased the Art of Into the Spider-Verse. Played Sea of Thieves mostly, I bought myself a parrot and they are a good boi. We have some rather exciting adventures. I started listening to Dublin band Pillow Queens and they are very good. Gay Girls is an absolute tune.

Amy: “I’ve been watching some cosy tv recently so lots of M.A.S.H. and X Files again, as well as re-runs of the Hairy Bikers cooking shows. If I could grow a beard, I would want it to be as majestic as Si King’s beard so it would blow in the wind as I ride through the Black Forest to make Black Forest Gateau with my beard bud… I’d also recommend the Birds of Prey soundtrack, haven’t seen the movie yet but it’s got some good tunes!”

Wanna listen to a mismatch of genres and tones? Then give the Whitepot Studios Playlist a listen. Handpicked for your listening pleasure.

A bit of a shorter one this month but we’ll be back in April.